Lockdown On The Farm 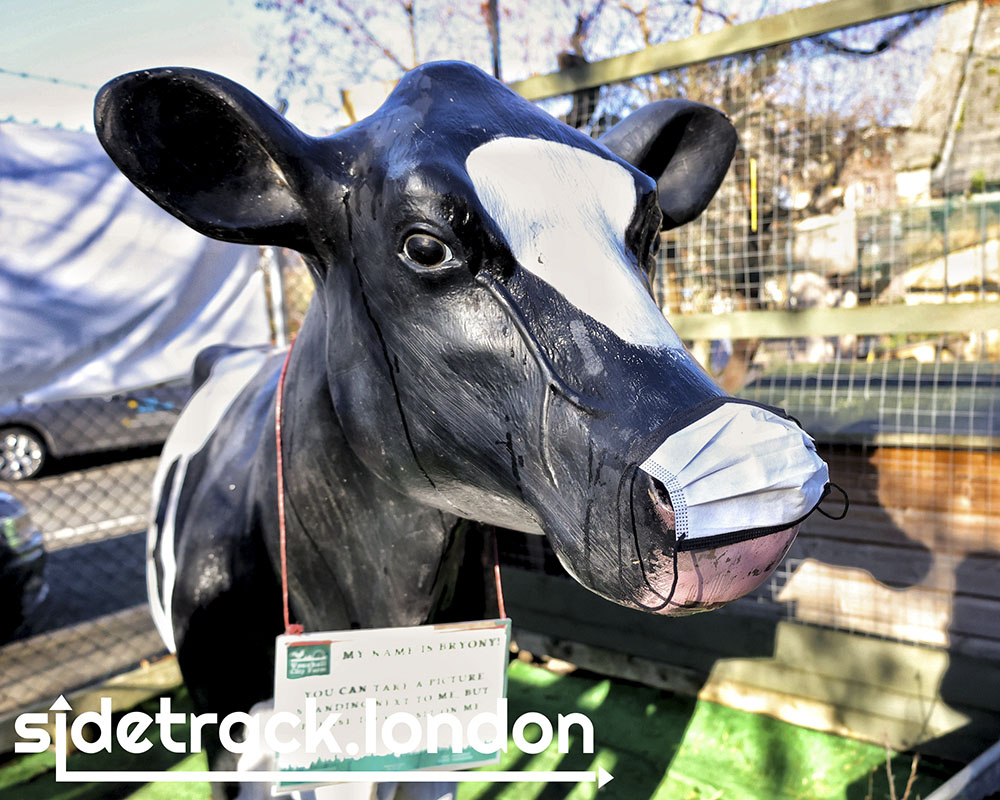 Goats grazing with the city skyline and imposing facade of MI6 in the background may be an unusual sight in a busy city like London but Vauxhall City Farm is as much a part of the area as the Pleasure Gardens and local LGBTQ+ bars. 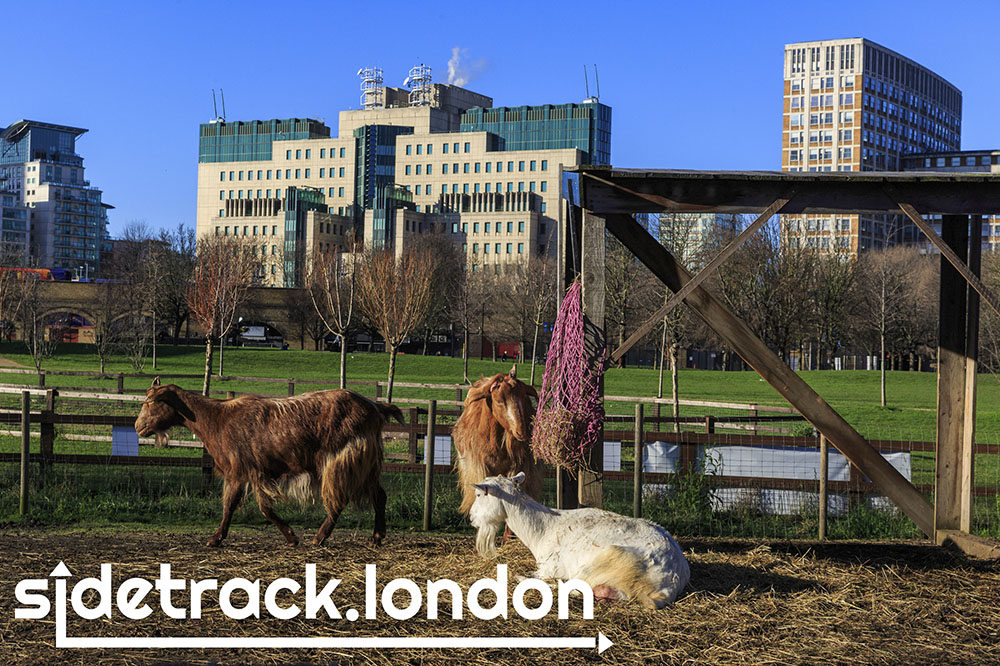 “I shouldn’t really have a favourite” confesses Chris Platt as he ruffles the neck of Clover the sheep on a crisp January morning. “There’s a flu going around. Not just at the farm, but nationally, so we have to disinfect everything and that’s why we have all these gorgeous yellow things around”. But with social distancing signs and bollards becoming a common sight across the city during the Cornavirus pandemic, there’s really no need to apologise. 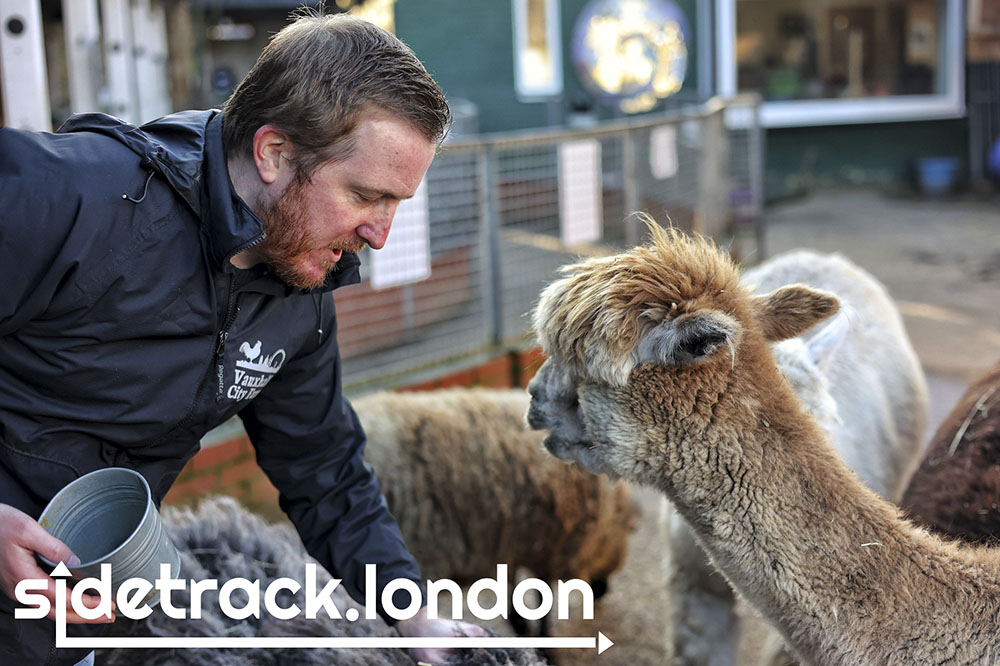 Luckily, Chris is one of the success stories of the pandemic, finding what can only be described as his dream job as Education & Partnerships Manager at the farm after being furloughed and made redundant from his events job at the start of the year and applying unsuccessfully for 97 jobs. 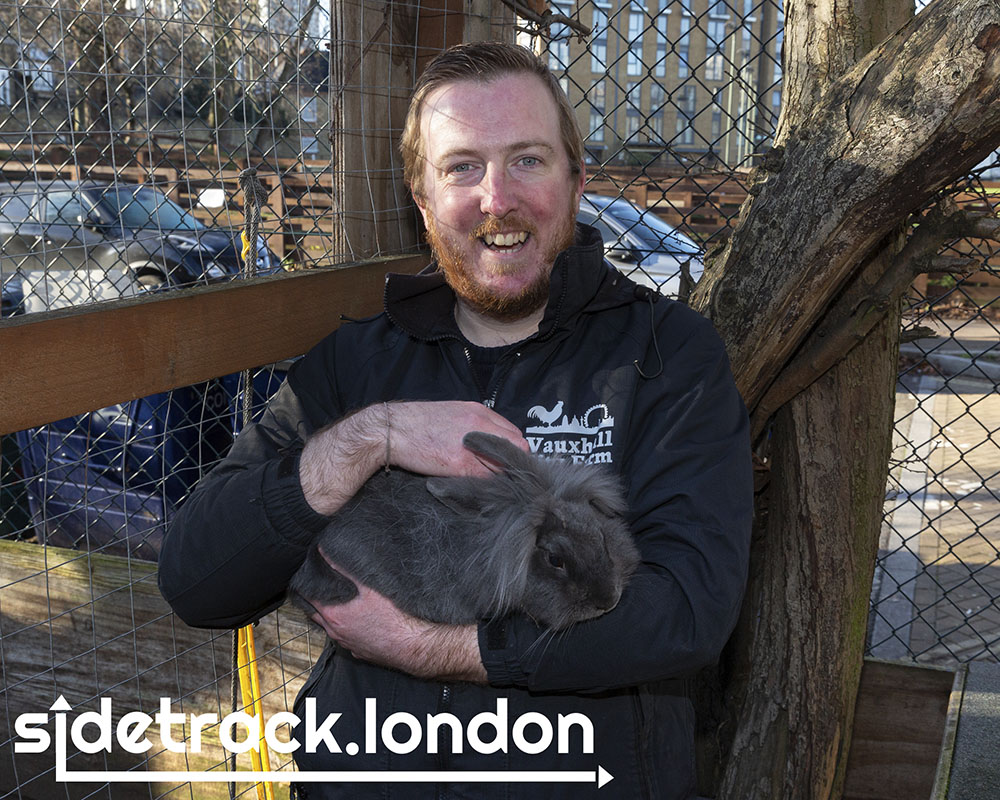 “I have a blog called Agriculture Vulture, and after writing a a piece on the farm, I asked if they needed any volunteers. After 5 months of volunteering, funding came available and they offered me the manager role. I thought about it for... three seconds and said, yeah, sure!” As a trained teacher, he was a natural fit for the job and now runs the after school programs and educational classes at the farm. 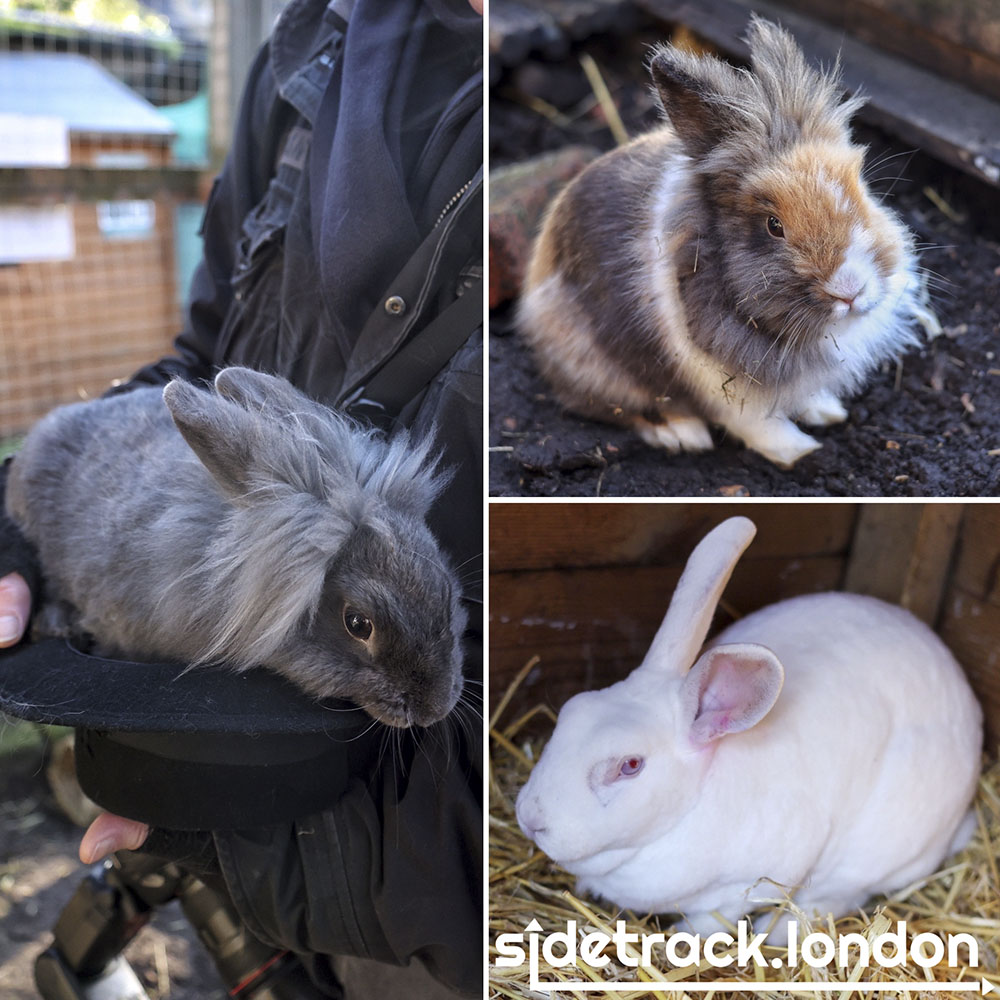 Playing tour guide, Chris begins introducing us to the animals. “This is our little group of rabbits. There's Snowdrop, the scared one, Cat the super fluffy bunny and Storm with the amazing hair cut. Cat and Andy, who is kept elsewhere, are named after two of supporters of the farm but awkwardly, Andy didn’t turn out to be a very nice rabbit, which is a shame because the person is lovely!” 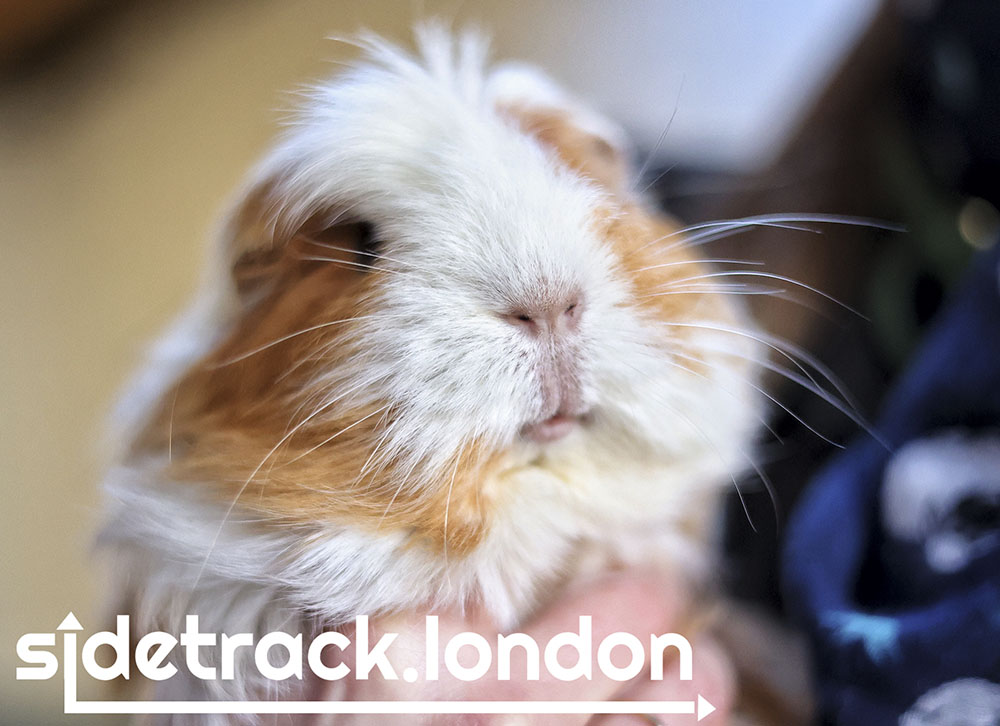 The majority of animals on the farm are rescues and though they get a lot of people offering to donate, they prefer to adopt from sanctuaries where the animals come with a paper trail and they can ensure their welfare. 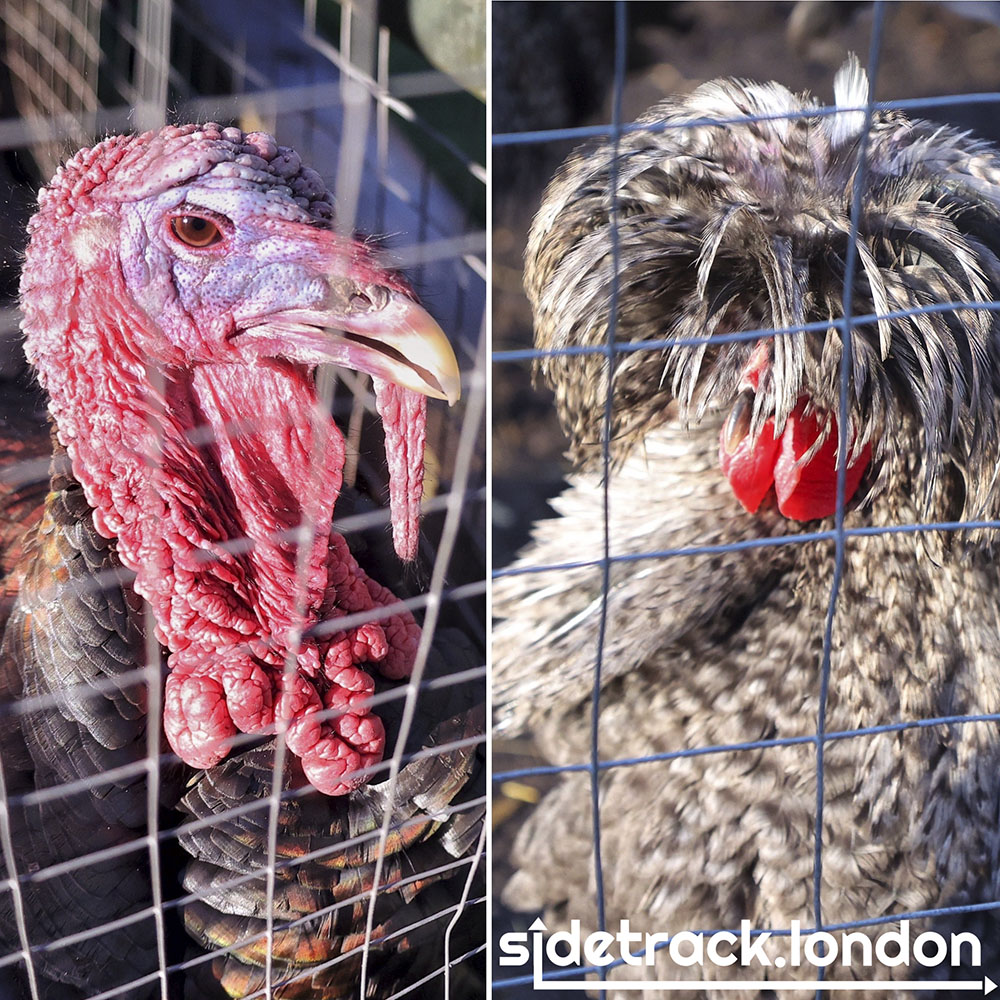 Next we have the Polish chickens who are all named after divas, including Arianna and Justin. "Justin likes to pick at people’s feet to show them he’s boss and that’s a common theme of the birds, they’re a bit territorial. The geese are generally obnoxious”, laughs Chris. "Weirdly a lot of the animals have a rejection of male energy. I’ve been attacked by Justin, Waffles the goose and Trevor the turkey. His blue face will start going redder and redder to say back off to protect his three ladies" who are all curiously named after Christmas food. 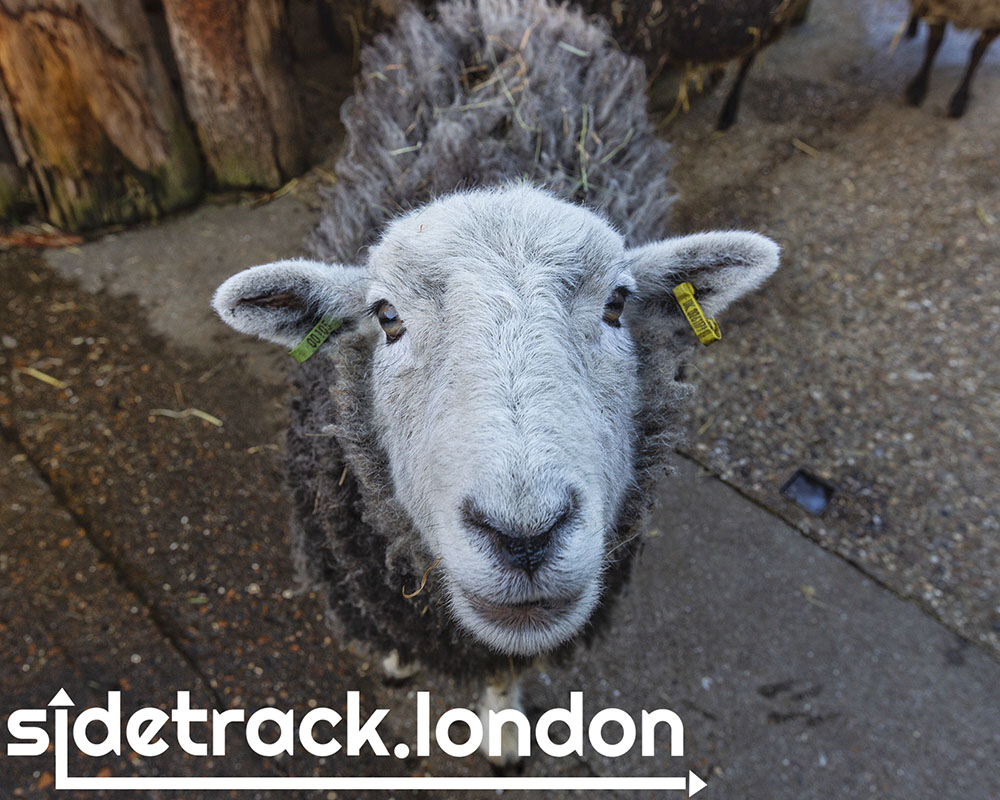 The farm is usually home to between 4 to 8 horses, used in their Riding For The Disabled program but they’ve taken a holiday while the riding arena is being refurbished, so we make our way to the other side to meet the sheep. Bluebell and her twin Clover who are both pregnant. 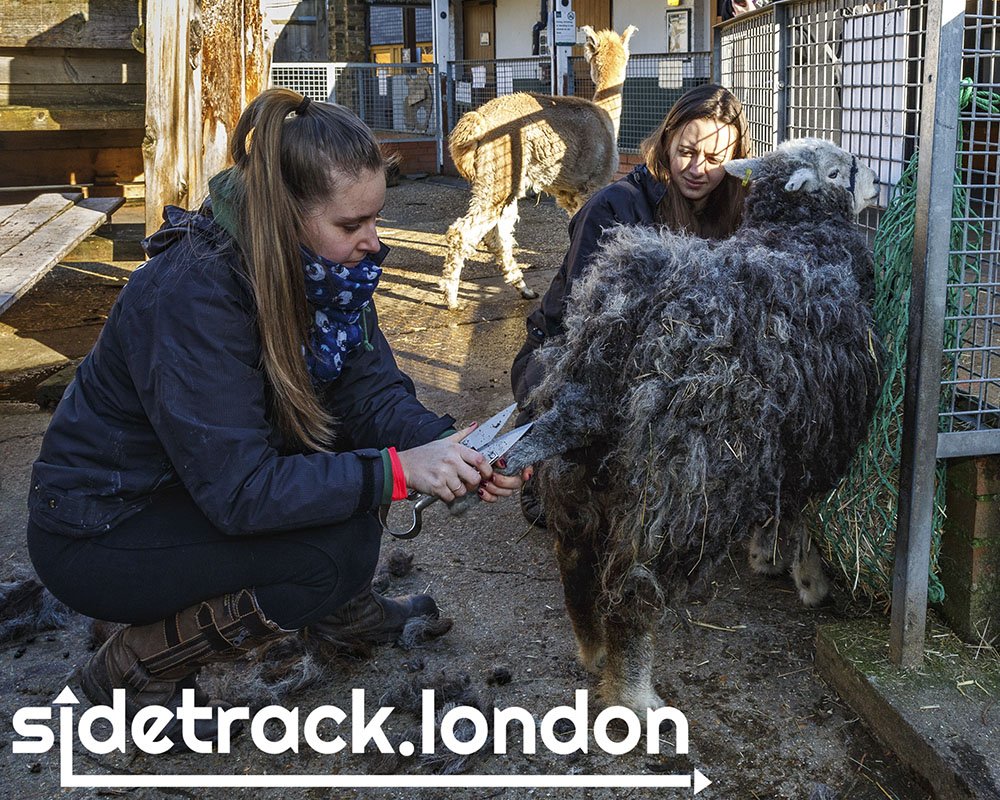 “Lambing starts in March and Sophie in the office will be on alert every two hours of the day to make sure they’re supported when they start giving birth. Hopefully the lockdown will be finished by then and people can come visit the new lambs in time for Easter.” The farm likes to keep rare sheep breeds as an educational tool and have even teamed up with the Vauxhall Spinners to make yarn from their wool and sell a kit to 'Knit Your Own Wooly Hat'. 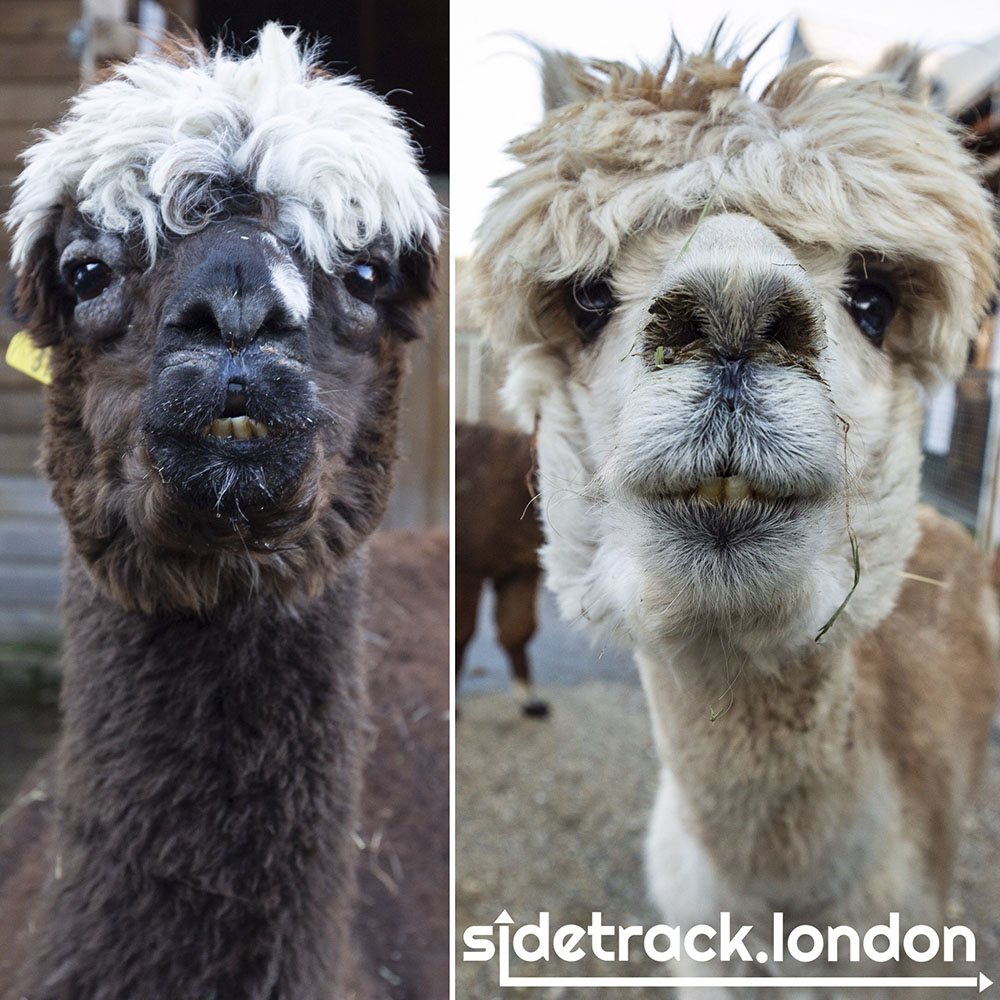 Standing taller than the other animals int he farm, the alpacas Tom, Ben and Jerry have become the main attraction, pulling hilarious faces as they chomp and chew pellets. “These guys were in Star Wars: The Force Awakens. There’s a scene is some kind of festival or carnival for all of three seconds where they run across the screen when they’re a raid by the storm troopers. I think it’s just because they’re a bit off looking and have an other worldly kind of look to them but they’ve been in quite a few things.” 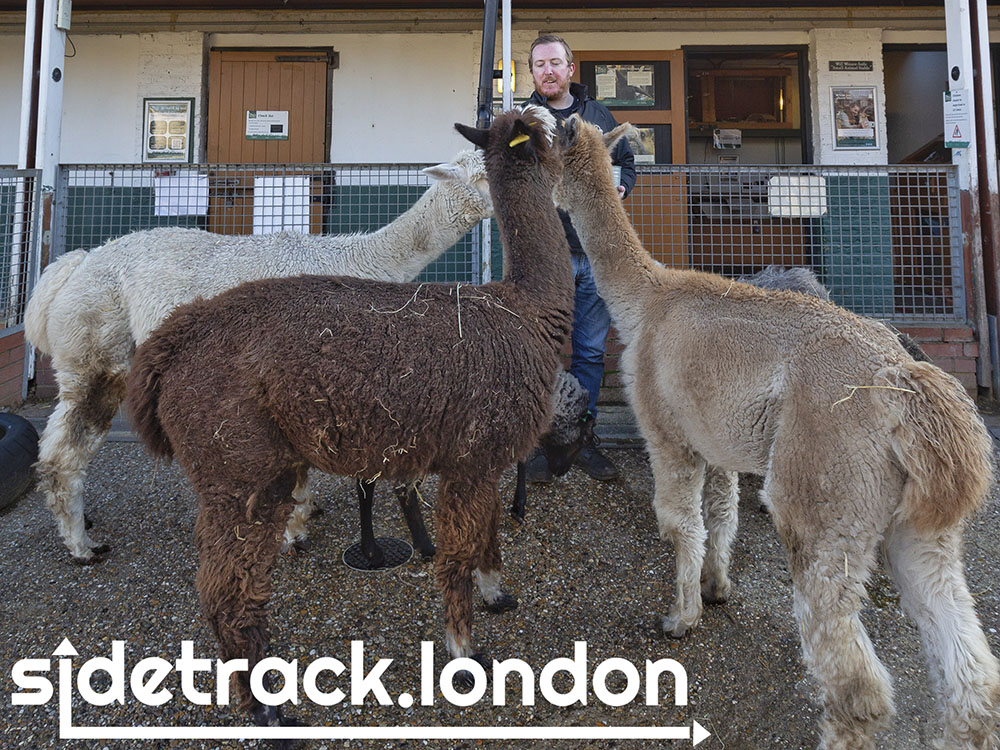 They may be famous but "they’re not the most intelligent of animals” explains Chris. "When I wear my glasses they get really upset because they can see their reflection and think it's another alpaca and at two o’clock every day Tom stares at himself in the window in amazement” 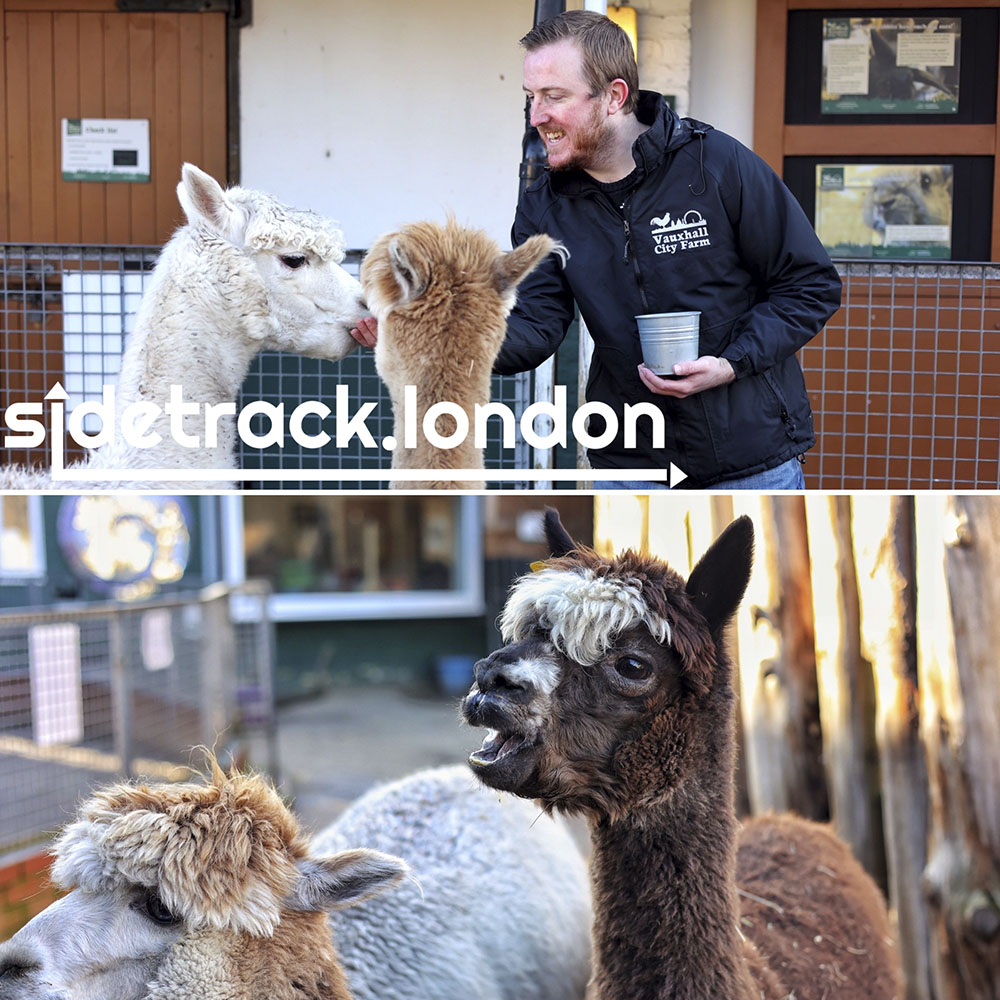 Asking which animals they’d like to have in the future, Chris enthuses, “I wouldn’t mind an octopus, but that’s a bit of a stretch for a farm. I would like some reptiles but their place on a farm is a bit questionable. You can’t bring kids in with no knowledge of farms here and have them see snakes and octopuses. We want to keep that link to farming and agricultural.” Back to reality, there are plans to bring in pigs and donkeys in the long term future. "I’m really into birds, so potentially quails and I’d like Guineafowl, though they don’t feature much on British Farms. However, with the large African Caribbean population around here, a lot of the community would have experience with having them on the farm, so there is some crossover." 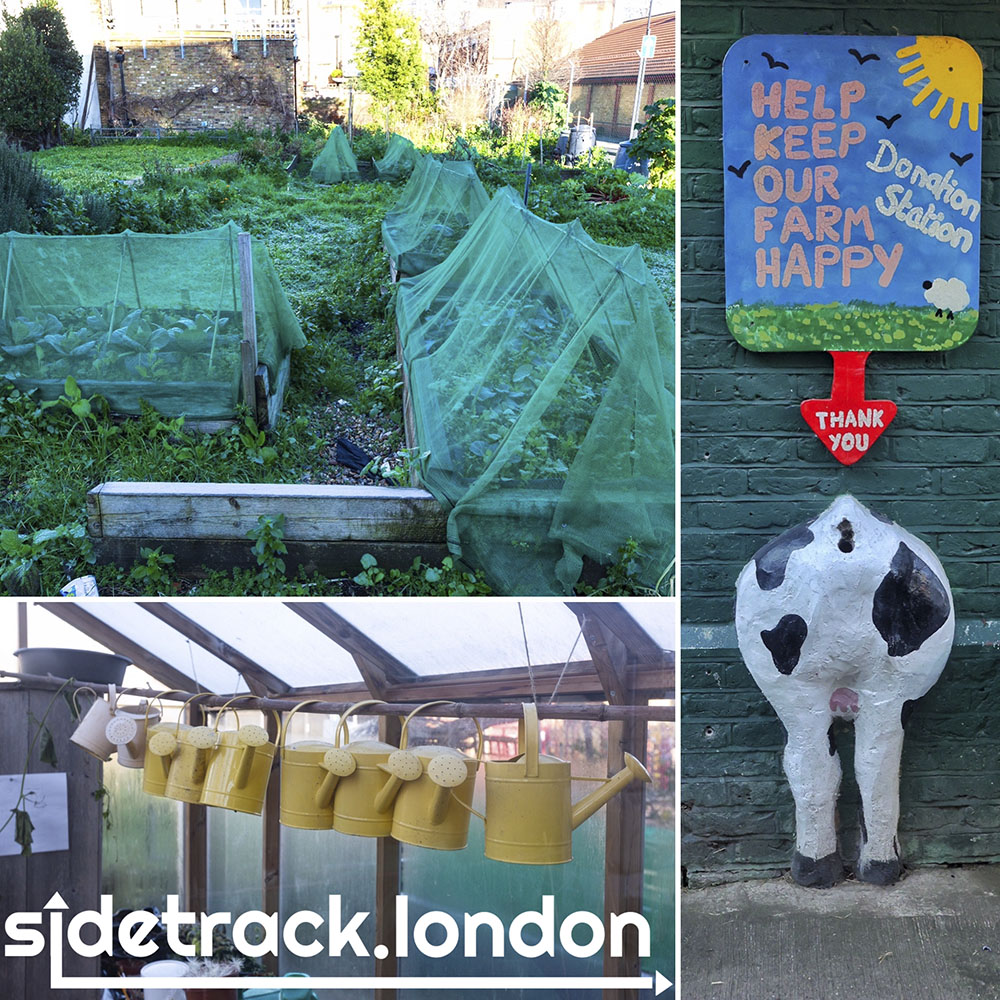 One of the big goals of the farm is to reflect the diverse backgrounds in the area and one way is with their new Community Garden. “We want to create a space where everybody can come plant and show what their culture grows. At the moment, we have a chayote growing in the greenhouse, which is a South American vegetable and Brixton Brewery want to grow hops and create a Vauxhall City Farm Beer, though the lockdown has put a hold on our projects." 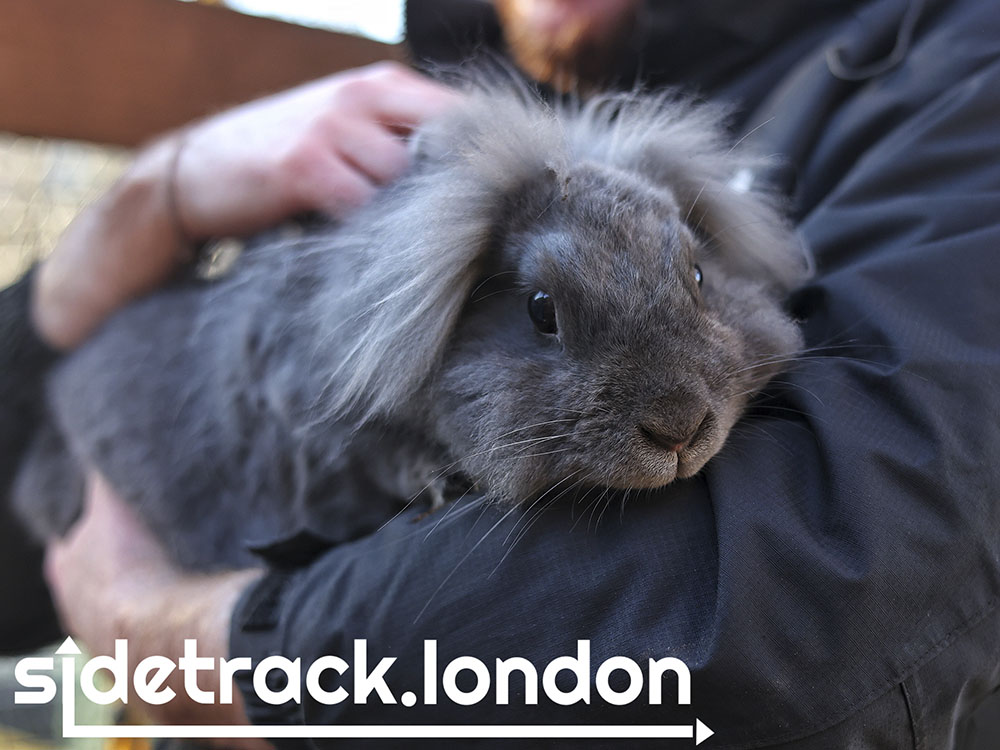 “We’ve had a few influencers come to take photos with the animals and we’re currently in talks with a PR company who work with Nestle who want to do an official Easter Bunny of the UK. The only problem is that we don’t have enough rabbits and….. you wouldn’t believe this, but rabbits are really viscous! They’re really cuddly but they’re super viscous and if we tried to put other rabbits in here, there would be fluff everywhere and it would be carnage - that’s not really what Nestle are going for.” Hiring out the animals for film and TV is just one of the ways they’ve invented to make money, but lockdown has removed about 80% of the operating revenue, so the farm relies on donations and have started a Go Fund Me to help support running costs and new projects. 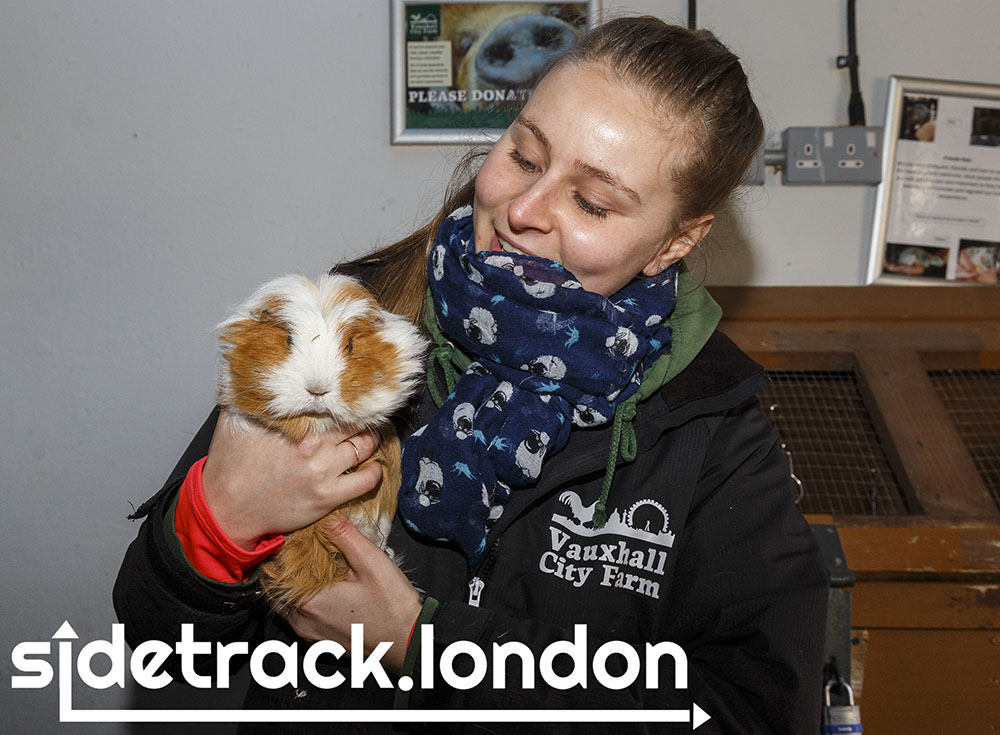 Though he does apologise for anthropomorphising the animals, Chris believes it's not just us humans who are feeling the effect of lockdown. "In the first few weeks they echoed the way we feel and thought 'this is all right, I get a bit of time to myself and can work from home etc etc' but now they’re like 'where is everyone?!'. These animals are used to seeing humans and interacting with them. Most are gregarious and live in herds, so they do miss the people". 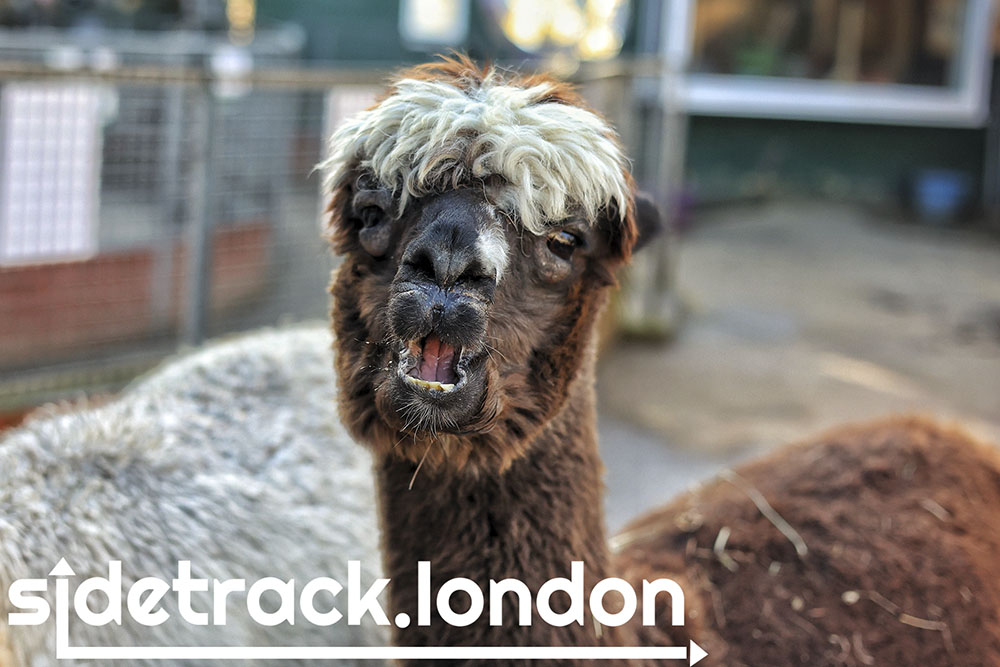 With many people in the area not having their own gardens or being allowed pets, the farm has become such a key part of the community. "A lot of people have been calling up to see if there was an exemption for us so they really miss being on the farm, being close to the animals - able to feed them and smell them. As David Attenborough says 'you can’t really understand an animal until you’ve stood next to it'."

You can find out more about Vauxhall City Farm at their website or help support the farm by volunteering and donating to their Go Fund Me.